Choose from a range of options:

Simply select option when purchasing for your combination choice; or get the full mixed pack for an even greater deal.

Totally unique and a “ONE OFF” opportunity to give DAD or GRANDDAD something uniquely DIFFERENT!!

Widely acknowledged as the greatest batsman of all time

This memorabilia piece features a printed version of a letter written by Bradman to Sam Loxton on 2211.1993 regarding batting & other Bradman fact prints, (Various sizes approx A4 each) also comes with an informative coffee table book about the “Invicibles” Tour.

The greatest sporting figure of the 20th century

This memorabilia piece features a re-printed photo of Ali in a victory pose when defeating Sonny Liston, after the first round, during World Heavyweight Title fight at St. Dominic’s Arena in Lewiston, Maine on 5/25/1965. Dimensions of the print is A4: 210mm x 297mm 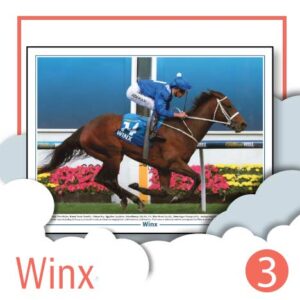 Winx amazing wins, put her in the running to be the greatest Group I horse of all-time

This memorabilia piece features Winx on a stunning A4 print. It would fit any number of off-the shelf frames and be a great talking point when hung.

Save with combo packs: 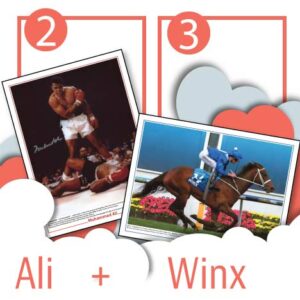 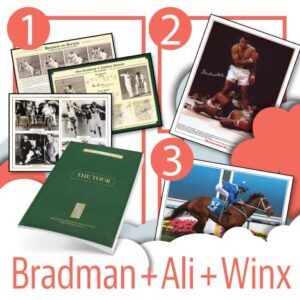